9 boats entered, 6 on the starting line, 2 late but within the 20-minute window, and one boat that showed up after we launched (sailed the course on their own as the DNS boat).

After a late launch, and a bit of trouble getting the anchor to bite on the signal boat, we had an on-time, all-clear start for Day 1.

The wind was Westerly, and while NOAA was forecasting a small-craft advisory, conditions up inside Narragansett Bay were brisk, but not unmanageable. Winds in the teens at the start, very little wave action given the wind direction. Of course, the trade-off with wind coming over land is the gusty-ness...

We set a long course, starting southeast of Rose Island (alongside the course for the NYYC Morgan Cup team racing regatta), and sent them up through the Newport Bridge, to the South of Prudence Island, then straight upwind to Quonset Point. From there, around the top of Prudence, dip south of Hog Island, and up under the Mount Hope Bridge, up into Fall River, then back down through Mt Hope, up over Hog, then a straightish shot back to finish Southwest of Rose Island in Newport.

The lead boats finished in just under four hours, despite a dying breeze as the seabreeze filled very, very late in the day (big shift to the southwest after most of the fleet finished).

Two boats bailed early (Skip Whyte and Ian Ray). Ben Setareh flipped early, then just followed the fleet (and took some risky shortcuts, narrowly avoiding disaster by cutting inside marks specifically chosen to keep delicate boards away from rocks!!!), eventually sailing around the outside of the finish line (enjoyed their day of sailing despite having no chance of catching the fleet).

Mike and Lindsay Easton started late, and had a minor rigging mishap, but corrected that and otherwise sailed well.

Jim Zellmer and Joe Valente were sailing fast, but just barely fast enough to eek out John and Peter Giuliano at the finish by a mere 9 seconds!!!

More west wind is forecast for tomorrow, with less pressure.

Thanks for the write up
Posted By: Damon Linkous

Terrible news today from the regatta.

Sandra Tartaglino, US F18 Treasurer, has died in a tragic accident

It is with the greatest sadness we heard Sandra Tartaglino, US F18 Treasurer, passed away after a terrible collision with a motorboat when she was sailing her F18 boat during 30th Annual New England 100 held this past weekend in Newport, RI.

The entire sailing community is absolutely devastated by this news and Sandra will be truly missed.

Our deepest sympathy to her family and friends. 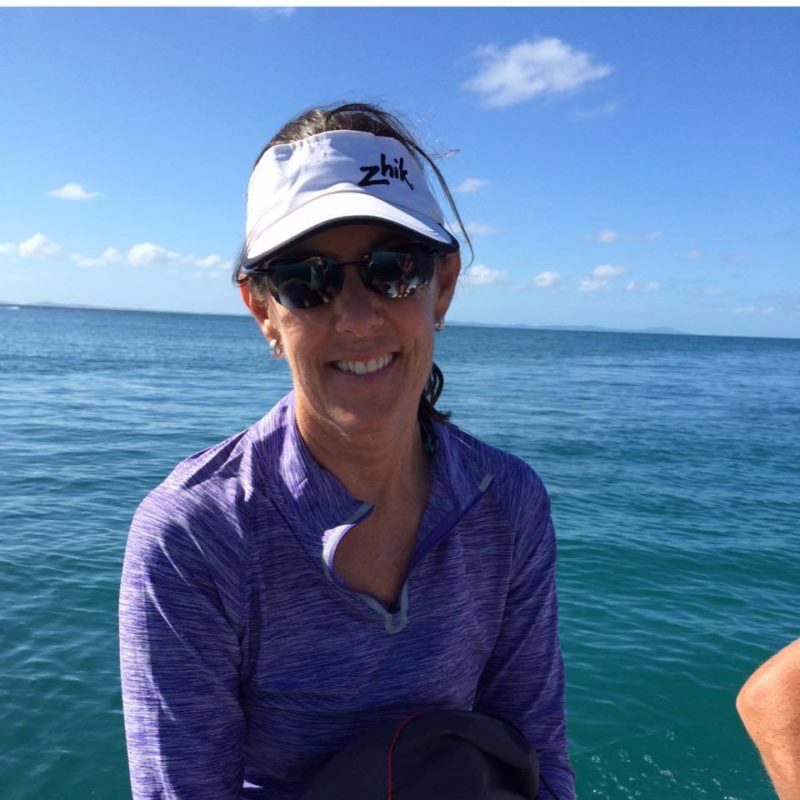 This is incredibly difficult. RIP, Sandra.

Official statement at the RN site.

Here is the official statement from the organizers.

Attached it in PDF format as well.

We've posted the results, and an update on the RN site.

The Tartaglinos are an amazing family.

Copying this here so more can see it instead of having to download the PDF from Regatta Network.

On Friday, September 27, 2019, family and friends gathered at the Eisenhower House at Fort Adams State Park in Newport, Rhode Island, for a Celebration of Life in the memory of Sandra Tartaglino. As has been previously reported, Sandra lost her life near the Claiborne Pell Newport Bridge, within a mile of the finish line on the second day of racing of the 2019 New England 100 Regatta. Sandra organized and/or competed throughout the entire 30-year history of the event.

Sandra’s awards, trophies and mementos from throughout her decorated catamaran racing career were on display throughout the house. The newly issued Sandra Tartaglino Top Woman Competitor Perpetual Trophy, which will be awarded annually at the Formula 18 Catamaran North American Championship, was also on display. This beautiful wooden trophy was created by fellow catamaran sailors Nora and Jim Zellmer of Sarasota, Florida (previously of Vermont).

The greatest tribute to Sandra was the large assembly of sailors from around the country and the world. Catamaran sailors from all New England states, New York, New Jersey, Maryland, Florida, Mississippi, California, Canada and Australia came together to share stories and remember the incredible legacy left by Sandra. As noted by her parents, Jack and Paula Tartaglino, we are Sandra’s second family.

At the request of the Tartaglino family, the results of the New England 100 Regatta were announced, and prizes presented to the regatta winners. The perpetual trophy for first place overall was awarded to John and Peter Giuliano of Connecticut. Full results are posted at the regatta site on Regatta Network:
http://www.regattanetwork.com/clubmgmt/regatta_uploads/19280/2019NE100FinalResults27Sep19.pdf

Special awards were presented to Chris Bulger (regatta sponsor), Trish Hopkins (regatta catering and support), and Mike Levesque (PRO). Jack and Paula Tartaglino were also presented with an award, in recognition of their continuing support for the regatta and loss of their daughter. The Tartaglinos were also presented with a burgee from Roton Point Sailing Association in Rowayton, CT, acknowledging Sandra’s many years of competition at their annual Fall Multihull Regatta, and her premature passing.

Sandra’s family has established a memorial fund, which will be used to promote women’s sailing, youth sailing and boating safety. Kindly send donations to:

Another update on Sandra Tartaglino's death at the New England 100. No criminal charges will be filed:


It is our understanding that further details from the investigation are being held pending upcoming legal matters.

In the meantime, we're reminding everyone that Sandra’s family has established a memorial fund, which will be used to promote women’s sailing, youth sailing and boating safety. Kindly send donations to:

Wow, I never heard about this tragic accident which killed Sandra!

Sounds like this guy had his 28’ powerboat on autopilot, never saw her catamaran and ran her over?

Who was her crew and what happened to them?

Anyone got a link to any articles explaining exactly what happened here?

Thanks.
Posted By: Timbo

Here’s a link to an article I just found about this accident.